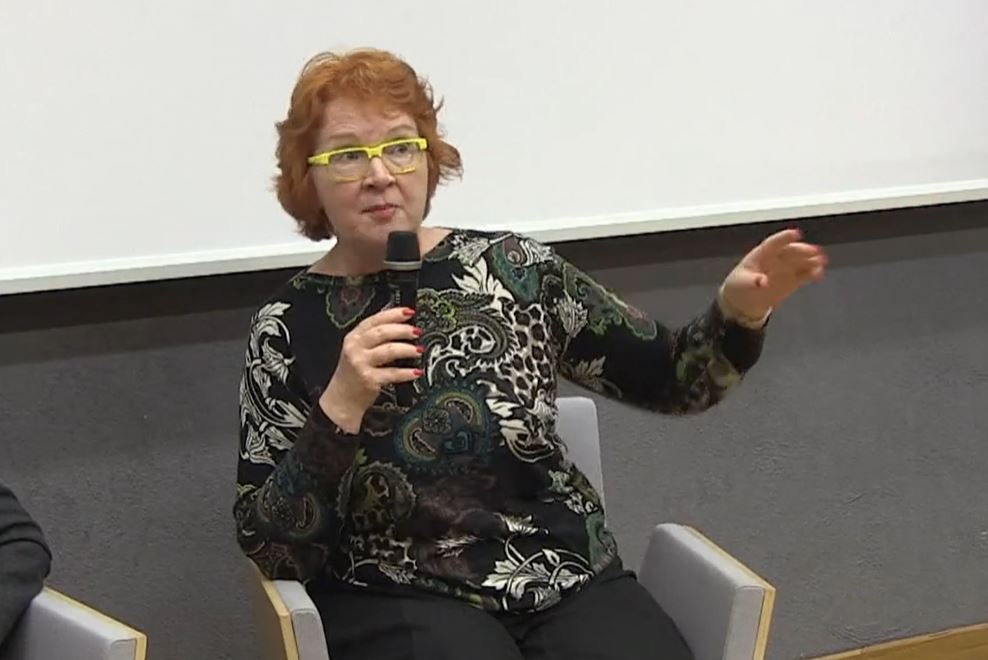 NPR reporter Jenna McLaughlin published a story “How one of Russia's neighbors is dealing with Putin's propaganda” that concerns the talk Yana Toom and others gave in Narva College in April. NPR is an independent, nonprofit media organization with more than 53 million weekly audience across platforms.

Yana Toom, an Estonian member of the European Parliament, joined journalist Anton Aleksejev and academic Aleksandr Astrov at Narva College to talk about the war in Ukraine. Toom, whose Centre Party relies on the Estonian Russian-speaking community’s support, had recently made a public pivot — to condemn Russia’s war in Ukraine. She called the move a potential “political suicide” in an interview with NPR. But it was the audience, made up of residents of Narva, a city whose population is over 95 percent Russian-speaking, that made the liveliest contributions — for and against the West’s approach to the war.

“I don’t see any possibility that I can exclude, for instance, some of my voters who supported me in the elections, even if they are supporting Putin today. For a part of that, they do have problems in Estonia, which has to be solved,” said Toom after the event wrapped up. “I also believe that propaganda does not work in a society which is united.”

Yana Toom is one of many Estonians who feel a responsibility to respond to the war in Ukraine and to the Russian disinformation surrounding it, a reality many in the region have faced for decades, since Estonia became independent in 1991. For Toom, that includes confronting what she sees are real divisions in society.